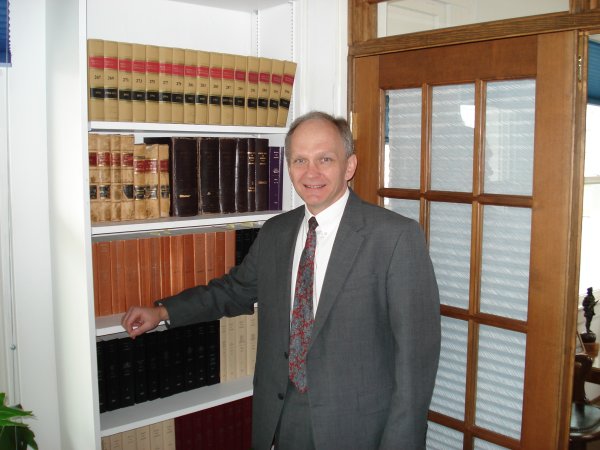 A large portion of Bill’s legal career has been devoted to complex capital defense cases. Beginning with his representation of Ronald Allen Smith, Bill has been a tireless advocate for his clients facing a sentence of death. In addition to Mr. Smith, Bill has represented, in various stages of appeal or postconviction, David Dawson, Douglas Turner and Rodney Sattler. Bill has also been part of the capital defense trial teams representing Lance Deines and Roxanna Shepard, where potential death sentences were successfully avoided. Bill’s selection as 2006 MTACDL Lawyer of the Year specifically recognized the unprecedented result in a death penalty case obtained in October 2006. Bill, along with previously selected MTACDL Lawyer of the Year - Greg Jackson, convinced the Montana Attorney General to concede that the sentence of death imposed on Daniel Johnson did not meet constitutional standards. After ten years on death row, Mr. Johnson was re-sentenced to life without parole.

In addition to his death penalty experience, Bill represented Chester Bauer and Jimmy Ray Bromgard as they fought to prove that faulty crime lab evidence led to their convictions when, in fact, they were actually innocent. Having been counsel of record in hundreds of published cases in the Montana Supreme Court, Bill has shaped numerous aspects of Montana criminal law at the pretrial, trial, sentencing, appellate and postconviction stages. A virtual encyclopedia of criminal law, Bill has always been available to dispense legal authority and creative approaches to vexing criminal defense problems. When he is not pouring over new decisions, Bill keeps busy shuttling his three boys to various activities and enjoying the Montana outdoors while running, cycling, cross-country skiing and canoeing.