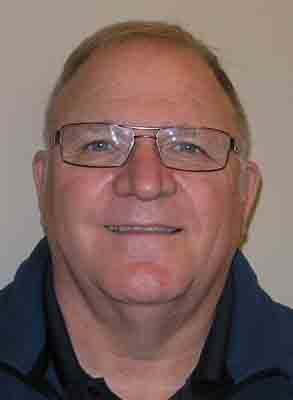 “I want to be Mark Werner when I grow up.”

That was the message from Tony Gallagher, Chief Federal Defender for the Montana District. Tony presented Mark the 2013 MTACDL Lawyer of the Year Award at the association’s annual conference at Chico on March 15, 2013. Mark received the award as recognition from his peers for his distinguished body of work as a Montana defense attorney.

Mark S. Werner is Deputy Federal Public Defender for the District of Montana.  A former Public Defender and private practitioner throughout Eastern Montana, Mark was also a CJA panel member before joining the Federal Defenders in 1993.  In the 1990s, Mark was staff attorney to the Honorable Jack Shanstrom, United States District Judge.  He has been a guest lecturer for the Montana State University (Billings), State Bar of Montana, Montana Legal Education Institute, and various CLE programs in Montana.  Prior to his work as a criminal defense lawyer, Mark was an educator and administrator at Rocky Mountain College in Billings.

Mark is recognized as one of the most effective criminal trial lawyers in Montana -- juries love him, judges respect him, and prosecutors admire his skills.  Mark endeavors to be the most prepared lawyer in the courtroom.  His unprecedented level of preparation produces great results in trials, hearings and sentencing proceedings.

Mark graduated from Carroll College, Helena, Montana in 1973 and received his Masters Degree from Bowling Green University in 1978.  He attended the University of Montana Law School, receiving his Juris Doctor Degree in 1984.

MTACDL congratulates Mark for his outstanding service to his profession, and looks forward to the next chapters he writes enriching the practice of law in Montana.