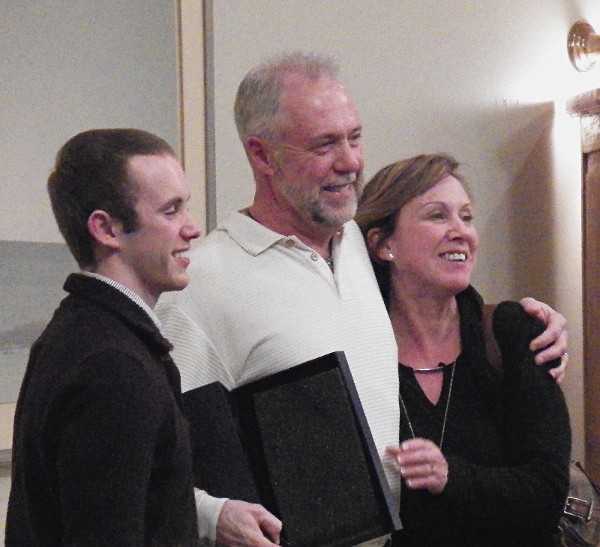 John Smith and Family at MTACDL 2014 Conference in Chico

While working in the steel mills in Gary, Indiana a young John Edward Smith also forged the beliefs and dedication that make him an outstanding criminal defense attorney. His work on the EJ&E rail line taught him patience and the importance of being detailed and methodical. John's fight-for-the-underdog spirit comes from this work ethic and instincts for justice and fairness that were honed in his youth.

Not content to work in the steel mills and lay track all of his life, John complied with Horace Greeley's advice and went west to Montana and enrolled in the University of Montana. There he studied philosophy and economics.

After he graduated, and in keeping with the tradition of 99% of those who hold philosophy degrees, John promptly enrolled in law school. He earned his law degree in 1987.

After a foolish foray in civil law, John joined the ranks of the enlisted trench soldiers in the Missoula Public Defenders Office where he battled for his clients and beliefs for four years. Upon honorable discharge from the public defenders, John hung out a shingle and has continued the fight ever since.

For over twenty years John has continued his fight for the underdog, consistent with those principles forged in his youth. That fight has included a number of hard fought victories in many courtrooms across the state. One of John's primary and shared legacies is that he is a founding member of the Montana Criminal Defense Lawyers Association and is largely credited with the organization's success.

It is this legacy and lifetime commitment that was recognized at MTACDL's annual convention in 2014 where John was honored as the Criminal Defense Lawyer of the Year.