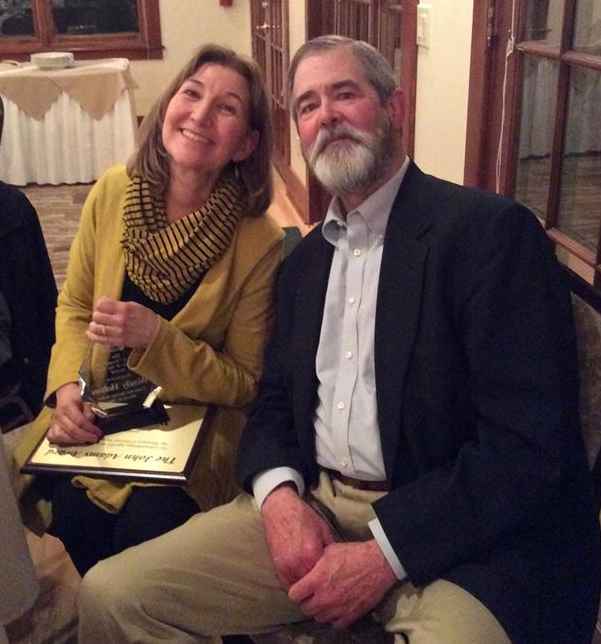 The John Adams Award recipient for 2016 has practiced state and federal criminal defense exclusively, including more than two decades representing defendants who could not afford to retain counsel on the Criminal Justice Act Panel for the District of Montana. The person we honor tonight is undeterred by complex issues, difficult clients and seemingly insurmountable odds, and in fact seeks out the cases that many in our profession would avoid. One of our local administrators says although always busy, if there is a case we need assigned our honoree tonight never refuses. When client conflicts arise the Court will appoint this attorney to take over the case. This panel member attends all CJA panel meetings and is well respected in the community, seeking feedback from and providing valuable assistance to FDOM and panel colleagues alike.

This lawyer has spent countless hours working for the bar, the court, and the community and has been honored on many occasions for legal prowess and dedication to the profession. For 2016, the selfless service of John Adams is best exemplified by – Wendy Holton.

Editor’s note: Wendy is also the recipient of the 2015 Timer Moses Criminal Defense Lawyer of the Year award bestowed by the MTACDL (see this link). The selection processes for the CJA award and the MTACDL award are totally separate. Neither the representatives from MTACDL nor the selection committee from the Federal Defenders of Montana realized she had won both awards until just before the Chico conference, where both awards are presented. Wendy is the ONLY person to receive both honors in the same year.