2016 MTACDL Lawyers of the Year: Brett Schandelson and Colin Stephens 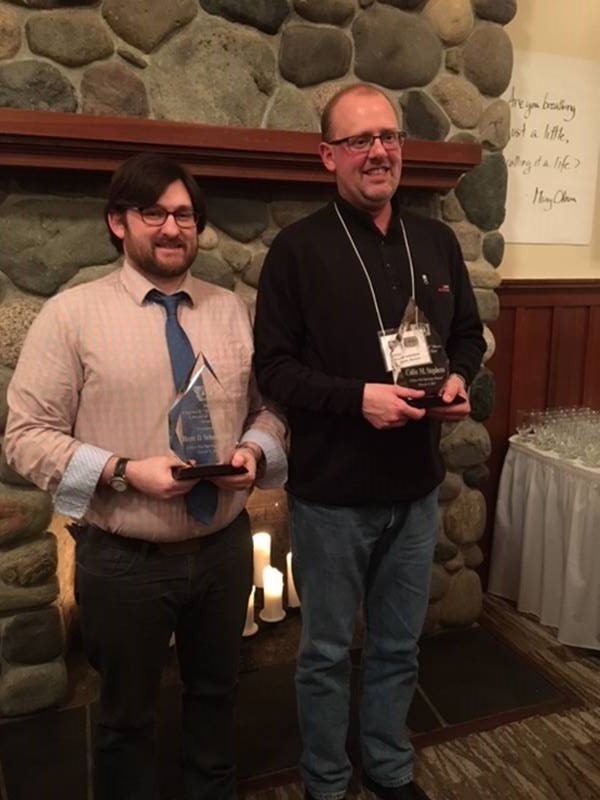 To all of us, nothing is more frightening than an innocent person imprisoned from a wrongful conviction. This past year two of our outstanding members, working with the Montana Innocence project, each in a different case, obtained exonerations for his wrongfully convicted client. Congratulations to Brett Schandleson and Colin Stephens.

Brett Schandleson gained an exoneration in the Richard Raugust case out of Sanders County. Mr. Raugust was convicted in 1997 for the deliberate homicide of his friend and sentenced to life in prison. Brett and his team convinced the district court to overturn Raugust’s life sentence and give him a new trial on the basis of newly discovered evidence. Later, Brett convinced the prosecutor to dismiss the case entirely.

Here is a letter from Richard Raugust regarding Brett’s award:

“ With none but a minute to spare, let me share a glimpse of gratitude owed, a comment on the recipient of this worthy honor bestowed upon one of your finest, Mr. Brett D. Schandelson.

"Most here may know, Brett was final counsel in my 18-year ordeal which had no end in sight. Brett is much more than excellent counsel, (both in and out of the courtroom), he went out of his way helping me reintegrate back into society, for I was wiser but oh so rusty. He went out of his way for a stranger just to right a wrong at great expense to himself and his firm. This time together allows me to speak with firsthand knowledge about a man I am lucky to call a friend.

"I witnessed on more than one occasion the respect he garnered from both sides of the bench, which stands to reason when one sees him at the lecturn.

"Words seldom do justice on topics of this nature, but if anyone were in a similar predicament it would be wise to take notes and put all your chips in with him. “

Colin Stephens gained an exoneration in the Cody Marble case. Mr. Marble was convicted in a 2002 rape case involving a 13-year-old boy who was in juvenile detention with Marble in Missoula. After a unique and very challenging procedural history, including involvement of the former prosecutor in the case, who was no longer a prosecutor at all, in December of 2016 Colin succeeded in convincing the district court to overturn Marble’s conviction, and convinced the prosecutor that the matter should be dismissed.

Here is a letter from Cody Marble regarding Colin’s award:

“Colin Stephens jumped into my case, pro bono, no less, in 2010, with the Montana Innocence Project.  After many years of hard work, he was most instrumental in my exoneration.

"I came to learn that when you get Colin Stephens you don't just get his legal genius and vision.  You also get his commitment and compassion.  There would be times when I would lose hope.  Like he has a sixth sense, Colin would show up unexpectedly with a bundle of hope, pro bono.  Then he would track my dad down, buy him lunch, give him a pep talk and keep him from choking somebody---pro bono.  I got the honor and privilege of getting to know this remarkable man------who he is, what he stands for and the challenges he has endured himself.

"Colin's personal life and career are the stuff of a John Grisham book. My case would only warrant a few chapters.  Colin is someone we should all aspire to be like as human beings.

"I will be forever indebted to Colin.  He is truly a miracle.

"Thank you for giving Colin Stephens this much deserved recognition."