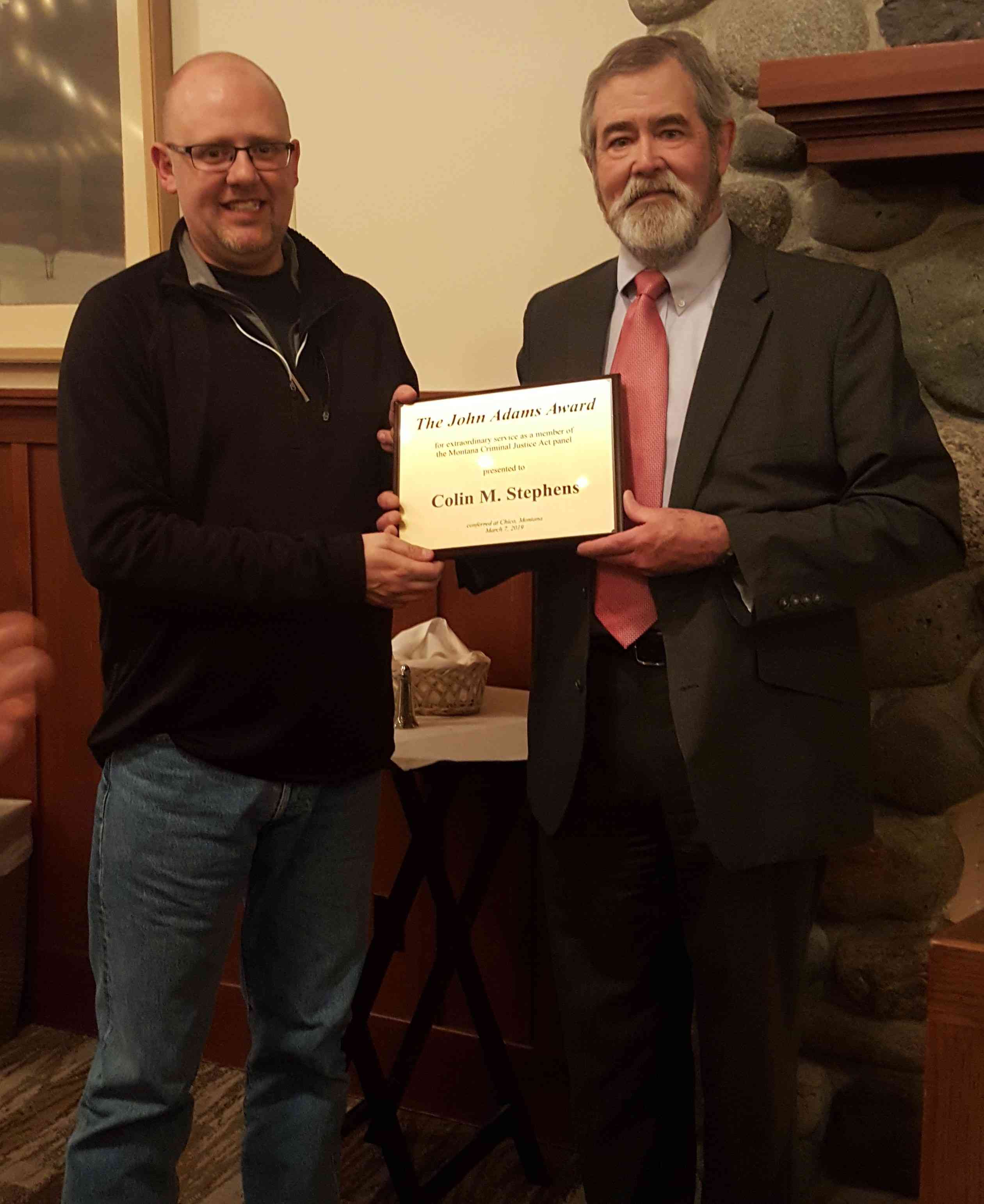 The following are the notes of award presenter Tony Gallagher:

The Montana CJA Panel award is named in honor of John Adams. When he was a young lawyer, the future second president of the United States was asked by the Court to represent the British soldiers charged in the criminal case arising from what is commonly known as the Boston Massacre. In his old age, Adams called his defense of those soldiers “one of the most gallant, generous, manly, and disinterested actions of my whole life, and one of the best pieces of service I ever rendered my country.” Adams set the example for generations of criminal defense lawyers who understand that taking on the unpopular cause or the difficult client protects the integrity of the system and thus the rights of us all.

The 2019 recipient of the John Adams Award carries on that fine tradition. Colin M. Stephens has the drive to do the work with honor and grace. He takes on the unique cases – the trials, the habeas petitions, the appeals -- that try men’s souls. After graduating from Carroll College, he was a community theater organizer, legislative lobbyist, and grad student in philosophy before tackling Law School where he distinguished himself as not only a superb student but a tireless worker in all manner of endeavors.

He now mainly focuses his energies in all tiers of the Federal Courts and the Montana Supreme Court, but every arena in the legal system bears his mark. He eagerly accepts any challenge. Fellow panel lawyers and those involved with CJA administration laud Colin for his boundless enthusiasm and reliability. Colin has helped cover court on short (like, fifteen minutes short) notice on numerous occasions. He spontaneously reaches out to his colleagues with detailed missives exploring creative litigation ideas, novel defense strategies and the latest case law. And, at the risk of being accused of offering an inside joke, he does it all with heart.