The Montana CJA Panel award is named in honor of John Adams. When he was a young lawyer, the future second president of the United States was asked by the Court to represent the British soldiers charged in the criminal case arising from what is commonly known as the Boston Massacre. In his old age, Adams called his defense of those soldiers “one of the most gallant, generous, manly, and disinterested actions of my whole life, and one of the best pieces of service I ever rendered my country.” Adams set the example for generations of criminal defense lawyers who understand that taking on the unpopular cause or the difficult client protects the integrity of the system and thus the rights of us all.

The 2022 John Adams Award recipient is Nancy Schwartz. Nancy is fairly new to the panel, having joined in 2018. Since then, she has proved herself to be absolutely conscientious in everything she does (including reading and following the Billing Guide). She is a dogged, fearless, and dedicated advocate who uses all of the resources available to her. These qualities have led to many successful outcomes in her CJA cases, including:

But it’s not the victories that this award is based on -- it is based on Nancy’s process, care for her clients, and her willingness to go the extra mile. We are grateful for her service to her clients, the panel, and our system of justice. 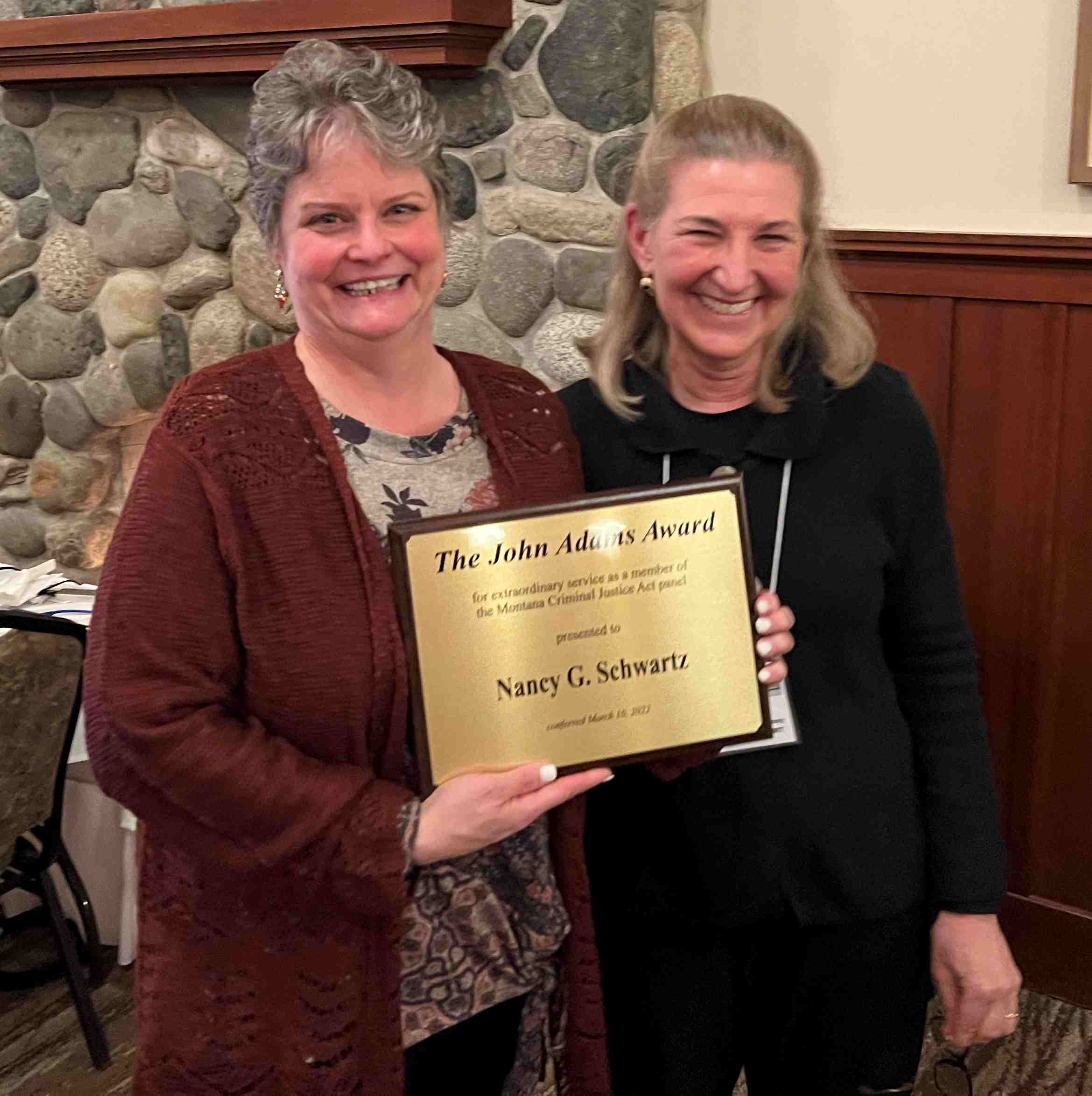