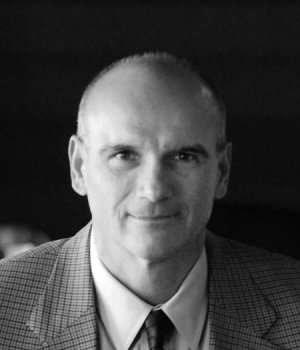 Since being admitted to practice in 1984, Mr. Avignone has successfully represented numerous defendants in high profile felony criminal cases and tried many major and complex criminal and civil jury and bench trials in New Jersey and Montana. In 2003, Mr. Avignone was named the Montana criminal defense lawyer of the year by the Montana Association of Criminal Defense Lawyers.

Mr. Avignone has received an AV preeminent rating in Martindale Hubbell indicating that his peers and judges believe he has achieved the highest level of professional excellence.

Mr. Avignone served as lead counsel in U.S. v. Weber, a high-profile federal capital case featured on the TV show America's Most Wanted. Weber was charged with murdering three Florence (MT) women in November 2001. Prosecutors alleged Weber committed the grisly murders to collect a debt for a drug enterprise. The defense eventually persuaded the U.S. Attorney General not to seek the death penalty. Subsequently, the defense persuaded the court to dismiss all drug trafficking charges for defects in the charging process. After two years of aggressive litigation, in January 2010, the government conceded that largely due to defense efforts, it could not prove its case and all murder charges were dismissed.

Mr. Avignone served as lead counsel in the Montana capital case, State v. John LeBrum. John LeBrum is a former scholarship football player for Montana State University who was charged with deliberate homicide. The LeBrum case received national attention with articles published in the Wall Street Journal and Sports Illustrated. The defense persuaded the Montana Supreme Court to issue a writ precluding the death penalty based on the State's failure to provide timely notice of its intent to seek the death penalty. The defense succeeded in suppressing LeBrum's statement to the police. This resulted in the case being resolved in 2008 by a plea agreement resulting in dismissal of all original charges, an amended information charging only robbery, and the dismissal of a federal indictment charging LeBrum with various felony drug offenses.

In September 2003, Mr. Avignone served as lead counsel in the trial of State v. Warren (MT). Warren was a highly publicized rape case in Bozeman involving complex issues concerning DNA analysis which was tried to a jury. Warren was charged with Sexual Intercourse Without Consent and Aggravated Burglary. The trial lasted for over a two week period and the jury returned not guilty verdicts on all counts.

Mr. Avignone lives and practices law in Bozeman, Montana with his law partner and wife, Lisa Banick. Al and Lisa are avid alpine skiers and fly fishers. They can often be spotted skiing the powder of the local ski area, Bridger Bowl, or wading and fishing one of the many blue ribbon trout streams located around Bozeman.