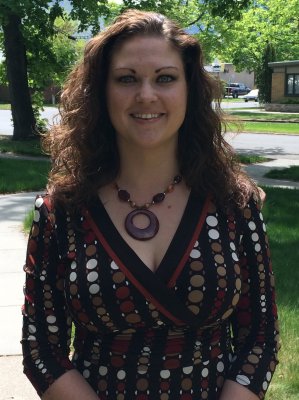 Briana was born and raised in Great Falls, Montana. She graduated from C.M. Russell High School in 2001. After high school she attended the University of Great Falls. In 2005, Briana was selected to be an intern with the United States Senate Committee on Finance in Washington DC. Briana graduated in 2006 with high honors. She earned a bachelor’s degree in paralegal studies with a minor in business administration as well as a bachelor’s degree in political science with a minor in history. She was also Secretary of the Board of Directors for CASA-CAN of Great Falls, a nonprofit organization that provides guardian ad litem services to abused and neglected children in court proceedings.

In August of 2008, Briana began law school at the University of Montana School of Law. While attending law school, Briana was a staff member and then an editor on the MONTANA LAW REVIEW. While on the Law Review, Briana, as Symposium Editor, orchestrated a two-day Symposium on the Montana Constitution, which was heralded as one of the best Symposia that the Law Review has held to date. She was also a member of the UM Trial Team during her second year and a member of the Criminal Defense Clinic during her third year. Additionally, she was Professor Cynthia Ford’s research assistant in the areas of Evidence and Civil Procedure.

Between Briana’s first and second years of law school, she was again selected to work for the United States Senate Committee on Finance, but this time as a law clerk. Between Briana’s second and third years of law school, she worked at the Federal Defenders of Montana where her passion for criminal defense was reaffirmed. After graduating with honors from UM Law in May of 2011, Briana moved to Helena to clerk for Justice Jim Rice of the Montana Supreme Court.

After clerking for Justice Rice for a year, Briana was hired at Smith & Stephens P.C. as a member of its elite criminal defense team.  In June of 2015, Briana and current law partner Katy Stack joined forces to create Stack & Kottke, PLLC, where they specialize in providing high caliber criminal defense.

Member of the State Bar of Montana

Volunteer for the Missoula Symphony Orchestra

Admitted to Practice before:

Federal District Court for the District of Montana

Editor on the MONTANA LAW REVIEW

Is the Government in My Pocket? An Overview of Government Location Tracking of Cell Phones Under the Federal System and in Montana, 72 Mont. L. Rev. 261 (2011).

Federal District Court for the District of Montana

On Dean’s list all semesters with a cumulative GPA of 3.89

Attending court hearings, trials, and plea negotiations in both federal and state court

Attending court hearings, trials, and plea negotiations in both federal and state court

Performing a multitude of research tasks

Researching at the Library of Congress

Working under extreme pressure and timelines and exercising teamwork

Multi-tasking and thinking on my feet

Being responsible for money and tills