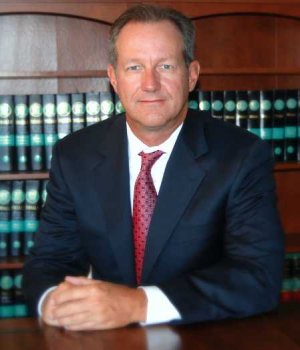 Christopher Williams has a diversified practice and has consistently achieved superior outcomes for his clients. Since 1996, Mr. Williams has recovered compensation for numerous clients injured by the negligent conduct of others. He has often provided a guiding hand and calming influence to clients going through a divorce, achieving fair and compassionate closures in the most challenging of circumstances. From family law to business law, his experience is broad, deep and highly productive.

But Mr. Williams' expertise does not end there. He has successfully defended clients charged with crimes ranging from misdemeanors to DWI/DUI to the most serious felonies.

In September 2003, Mr. Williams served as co-counsel in the trial of State v. Warren (MT). Warren was a highly publicized rape case in Bozeman involving complex issues concerning DNA analysis which was tried to a jury. Warren was charged with Sexual Intercourse Without Consent and Aggravated Burglary. The trial lasted for over a two week period and the jury returned not guilty verdicts on all counts.

Clients may rest assured that Mr. Williams will take each case passionately and seriously, while devoting his best effort and considerable legal skills to achieve the most beneficial results possible for those he represents.

Mr. Williams is a devoted father to his beautiful young son and daughter, and husband to his wife Jen. He is an avid outdoorsman, who spends much time camping and fishing with his family. In Winter, Mr. Williams may often be found on his snowboard shredding up the powder on the slopes of Bozeman's local ski area, Bridger Bowl.