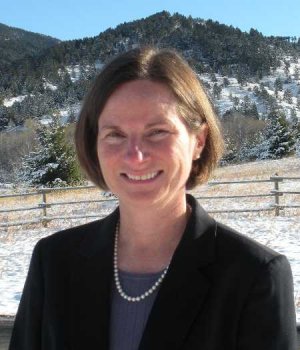 Lisa Banick is a skillful and highly regarded attorney who has defended numerous individuals in major felony criminal cases. In 2008, Ms. Banick was named the Montana criminal defense lawyer of the year by the Montana Association of Criminal Defense Lawyers.

Beyond her work in criminal defense matters, in the civil arena, Ms. Banick also has represented numerous clients in civil matters involving construction, real estate and general business law issues. She has extensive experience representing owners, contractors, developers, architects, and engineers in all stages of the construction process, including contract drafting and dispute resolution. She has lectured and written about a variety of construction law topics.

Ms. Banick focuses primarily on criminal defense and civil litigation. She was a member of the defense team in U.S. v. Weber, a federal capital case involving a triple homicide in Florence, MT. The defense team convinced the U.S. Attorney General not to seek the death penalty. Eventually, after two years of litigation and extensive motion practice, all drug and murder charges against Mr. Weber were dismissed in January 2010.

She was part of the defense team in State v. LeBrum, where the State of Montana charged Mr. LeBrum a former MSU football player, with deliberate homicide and aggravated kidnapping and sought the death penalty against Mr. LeBrum. In LeBrum, the defense persuaded the Montana Supreme Court to issue a writ precluding the death penalty because the State failed to provide timely notice of its intent to seek the death penalty. The case was resolved in May 2008 by a plea agreement resulting in the dismissal of all original charges, filing of an amended information charging only robbery, and facilitating the dismissal of a federal indictment charging LeBrum with various felony drug offenses. In March 2008, Ms. Banick was named the Montana criminal defense attorney of the year for her work in the LeBrum case.

In other notable cases, in January 2007, Ms. Banick was a member of the defense team during a month long homicide trial in State v. Giddings. Giddings involved numerous forensic issues including DNA, fingerprints, blood spatter and trace evidence and over 50 trial witnesses. Ms. Banick performed the cross examinations of the State's forensic expert witnesses. She was also a member of the defense team in State v. Warren, a rape case involving eyewitness identification and DNA issues in which the jury returned not guilty verdicts on all counts.

Ms. Banick lives and practices law in Bozeman, Montana with her law partner and husband, Al Avignone. Al and Lisa are avid alpine skiers and fly fishers. When they are not working, Al and Lisa usually can be found skiing the slopes of the local ski area, Bridger Bowl, or fishing one of the many blue ribbon trout streams located around Bozeman.