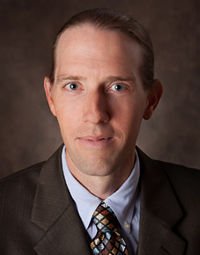 “When you are charged with a crime, the full power of the state, with all of its resources, is stacked against you. It can be a very daunting experience and no one should have to go through that alone. You need someone who will stand between you and the prosecutor.”

Montana Wyoming criminal defense attorney Scott Stinson is a trial attorney and thrives when in the courtroom. He has tried over 100 cases to verdict. His law practice specializes in criminal defense, including white collar crime. Scott believes when someone is charged with a crime, it is essential to have an experienced trial attorney who will stand between the accused and the prosecutor and fight for that person’s rights. Similarly, when someone has been wronged, they need an experienced, compassionate representative on their side to help them hold that business or other person accountable for the harm they caused.

In 2000, Scott attended Northwestern School Of Law of Lewis & Clark College in Portland, Oregon. After graduating, he wrote appellate briefs for the criminal defense firm Chilton, Ebbett, and Rohr in Portland, and then in 2004 started working as a trial attorney for Metropolitan Public Defender. Over the next nine years Scott worked in every section of that office representing clients charged with everything from simple misdemeanors to major felonies, as well as clients the state sought to civilly commit to the hospital. Scott has hundreds of hours of courtroom experience.